Despite the redevelopment at the Roman Baths having completed some time ago I only went there last week. Having gone there several times over the years, perhaps most memorably one Autumn evening when there were few people about, I was keen to see what had changed.

Braced with a large lunch my friend and I queued to get in enjoying the costumed people passing by. It turned out the people in Regency Costume were involved in a successful record attempt in the Assembly Rooms as part of the Jane Austen Festival. 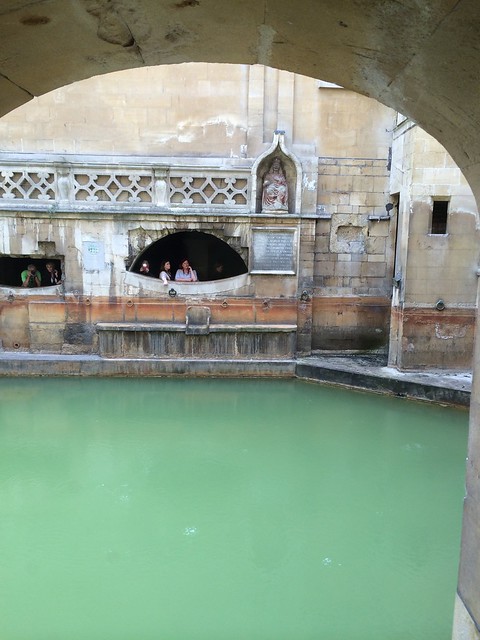 Looking across the main bath

The Roman Baths are really popular which means visitors need to keep moving so as not to jam up the limited space. I thought the way this was managed from admissions to interpretation worked well. Admissions were done in batches to break up the crowd and the very busy desk staff were really welcoming.

I liked the way objects were displayed with enough interpretation to inform but not so much to keep you reading for ages. Rather than itemising each item objects were often in groups with a general description for each group. This kept dwell time down while still being informative. It meant less text and more space for the objects too. I also liked the way this kept more of a thematic feel to the object displays. 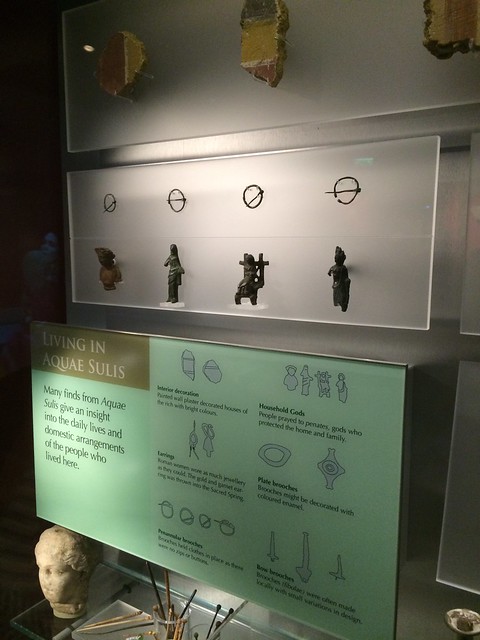 An example of the object cases with interpretation panel

Naturally being a digital museums chap I was interested to see how digital was used. Again the need to keep visitors moving was borne in mind so the usual touch screens were replaced with projectors and video players.

The video fly throughs and reconstructions are very cleanly and crisply done which gives them a feeling of immediacy. Having them populated gave a sense of scale to the reconstructed buildings and helped show the diversity of people using and working in and around the baths. I really liked these. 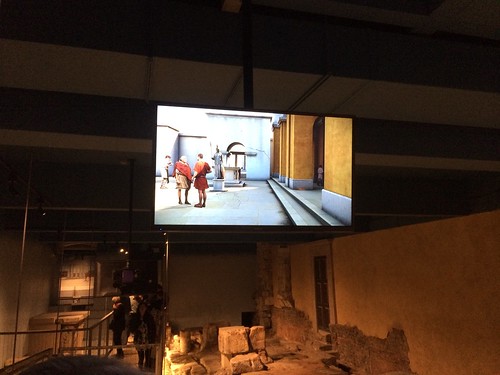 One of the videos in situ

I found the use of projectors well balanced and thoughtful. The gaps in projection meant you could view the remains as just that. A good example is the temple pediment where a projected image shows what it might have looked like when complete, and when the projection is off you clearly see the surviving fragments. 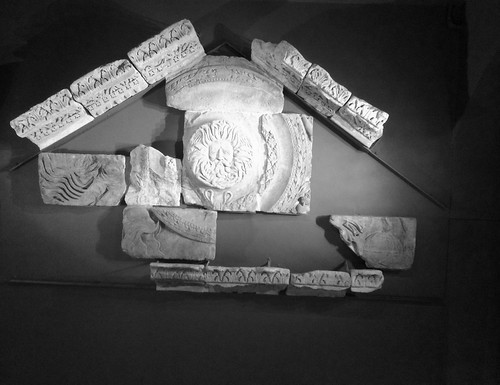 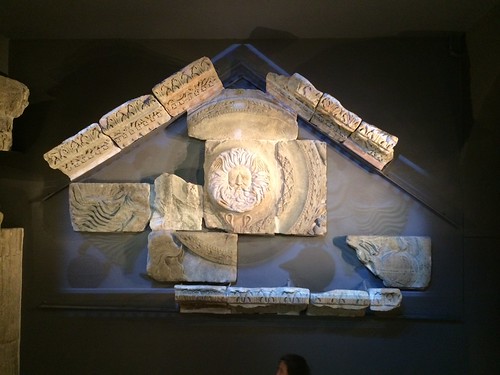 Projectors are also used to populate areas of the baths with Romans. I really enjoyed this for two reasons. One is it helped get across the place was busy and many different types of people used the baths. The second is the quality of light made the projected people have a faint ghostly feel to them which gave me a poignant peeping into the past feeling. 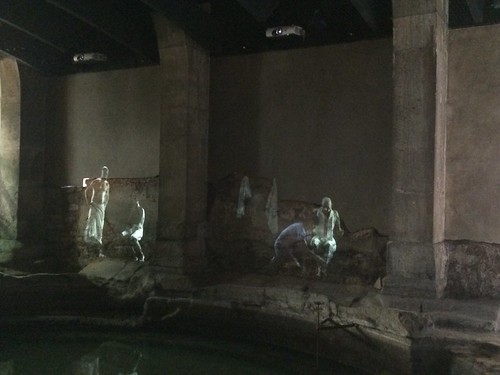 I admit I didn’t try the audio tour as I find they aggravate my hearing problems. However, I know a friend who has tried them and gave them the thumbs up!

One thing that makes this audio tour stand out is it isn’t one size fits all. There’s the standard tour, a kids tour and some commentary by Bill Bryson at selected spots. Plus a BSL guide and enhanced audio tour for people with visual problems. To make the hat trick you can even download the tour.

A final point on the audio tours is the way stops are handled. The different tours are colour coded and included on the same sign as other interpretation. I do like this economy of signage as you can probably tell! 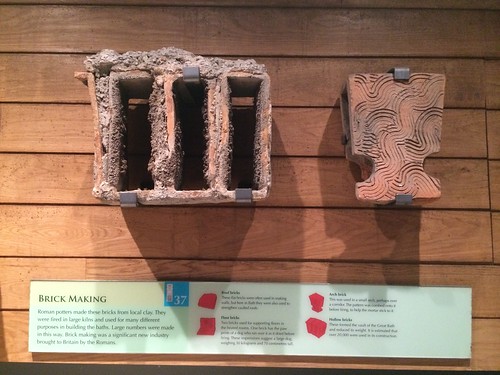 Both of us really enjoyed the visit and recommend it if you’re in Bath. Whilst you can’t take the waters at the Roman Baths any more there is a package deal including the new spa in Bath.

One reply on “Roman Baths at Bath”

Thank you very much for your considered and detailed comments about our site! Glad you liked it!