Goblins for Warmaster and BOFA

Only 10mm high but hordes of them

Older gamers will recognise Warmaster as Games Workshop’s mass fantasy battle rules from 2000. BOFA stands for Battle of Five Armies which was the later Hobbit version.  Both games use bases of 10mm metal or plastic figures based in elements on 20x40mm bases, with three such bases forming a unit.

I was painting the goblins from the Battle of Five Armies box set. This produces eight units to make the goblin army. That’s a total of 336 (8 times 3 bases each with 14 goblins on) 1cm high goblins to paint!

I wanted to get these painted quickly because of the number of them. Plus I have another eight units to paint! I tried two techniques.

First was the traditional black undercoat to provide dramatic shading and lining. This creates almost a cartoon effect and by dotting in glowing red eyes worked well.

Second was using a coloured acrylic varnish produced by Ronseal for treating wood over bases colours. This is the same as the technique known as the “the dip”. 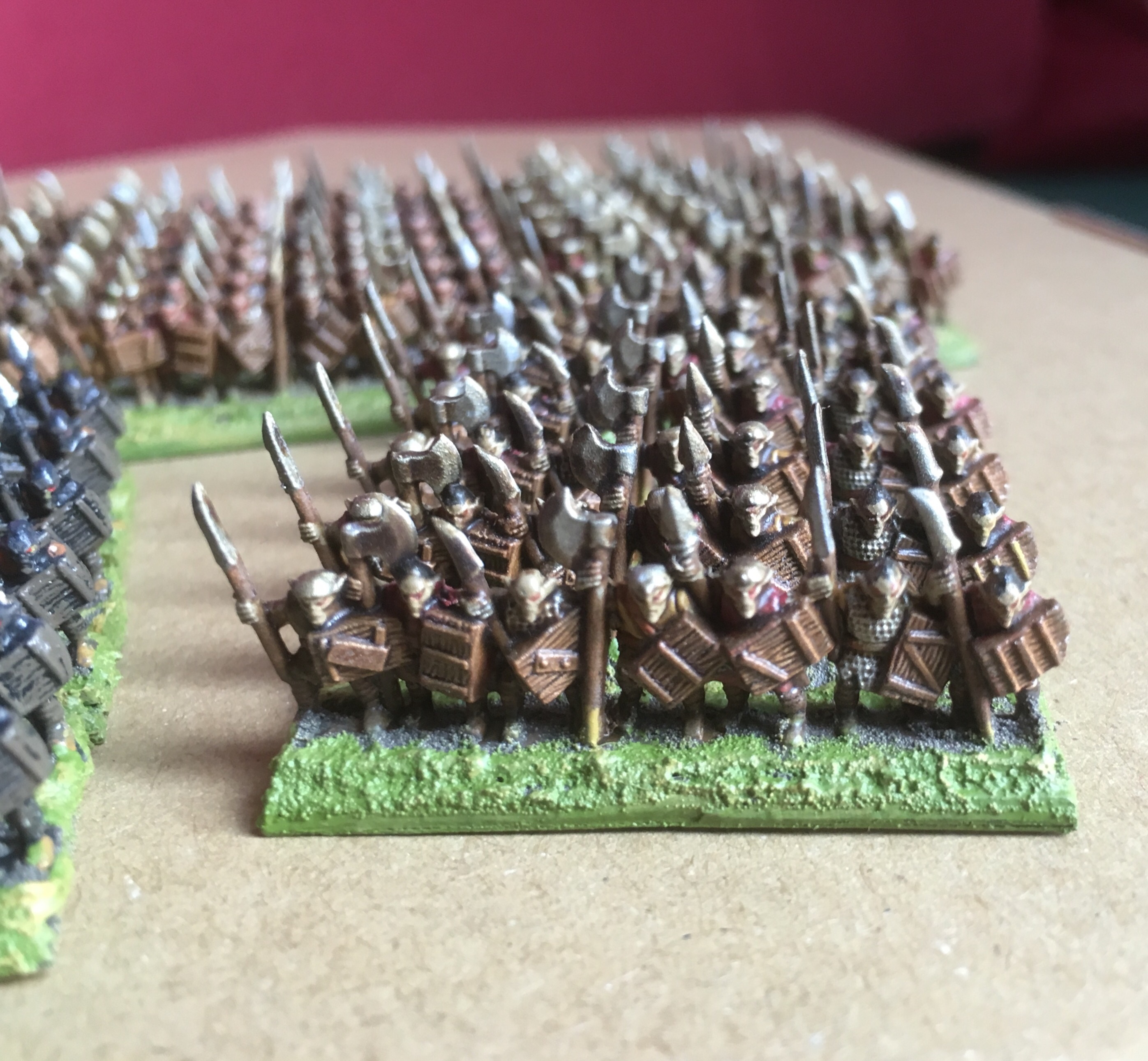 Of the two I decided the starker black undercoat worked best. Especially when viewed from a distance as on the games table. And it seems quicker too.

The full horde seen from above